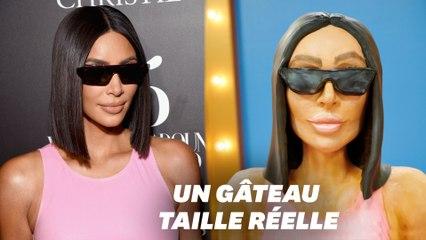 Fashion - both chic and shocking.Since this Saturday, August 7, when Kim Kardashian shared several photos of her and her children taken during the Kanye West evening organized for the release of her latest album, the reality star is at the heart ofdiscussions.

In question? Her outfit.The latter has, for the occasion, opted for a very daring black combination, covering the upper body to your fingertips.Below, it appeared with pants of the same color, accompanied by a pair of thigh boots that would have been said to be integrated into the tight.