By dint of living in two, our immune systems are alike 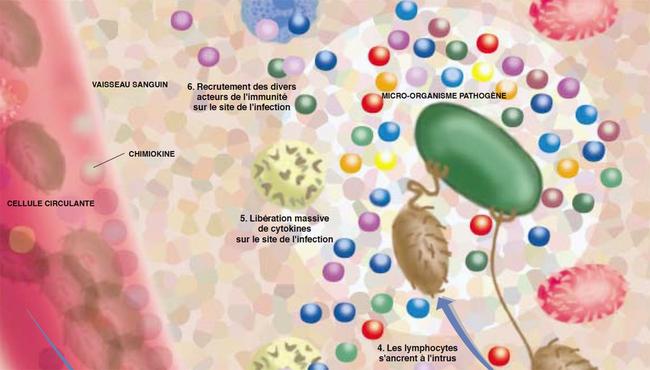 By dint of living in two, our immune systems are alike

"It drips with love, it's beautiful but it's unbearable.What Anaïs Croze did not know when writing her song my heart, my love is that we also disgust bacteria.Man or woman, our genetic heritage is quite similar.What really differentiates us is our immune system.This may seem surprising but in adults, only 25% of the variations in this system are determined by the genes.Our environment, our diet, our lifestyle and, of course, the diseases we have had, alter the type and number of cells in our body and irreplaceably shape the immune system, as the single imprint of thelife we have experienced.

We do not yet know exactly how the factors of our environment mark immunity.Yet these variations are fundamental since each difference, even tiny, makes us more or less likely to have diabetes or dementia for example.

To move forward in understanding this issue, the Adrian Liston team of the University of Leuven (Liévin in Belgium), one of the oldest and best classified establishments in Europe, observed these micro-changements.Scientists have observed 700 immune systems thanks to blood tests.Then they followed 150 of these people for six months to observe how they reacted and adapted to their environment.The conclusions, published in Nature Immunology, reveal two surprising discoveries.

First, they realized that there were few differences between the immune systems of men and women of the same age.Which is confusing since contradictory studies exist on the subject.Sometimes these ladies are more immunocompromised, sometimes they are men."It may be that the slight difference between both sexes impact women when they get older," the researcher told the Quartz site.

The most unexpected revelation remains that couples are remarkably similar.The 70 married couples of the study had an average of 50% less variations in their immune system than men and women taken at random in the same demographic sample."We were not interested in unmarried couples but I am convinced that couples who live together would have had similar results," conjectured Adrian Linston.

Living with someone supposes to share a lot of things, for the better...or for the worst: meals, alcohol, sport, diseases and even pollution.The microflora of couples is also similar.This set of bacteria that lives on the body logically, more likely to frolic from one organism to another if the contacts are multiplied.Which is generally the case within a couple.When you know that a ten -second kiss allows you to share 80 million bacteria of 300 species...It is allowed to believe that all these exchanges influence our defenses.You can now tell your darling how happy you are to have so many things in common with him or her.It is scientifically proven!

What makes the couples more solid? How long does it take to get back into a couple after a break? Who is alike ... is assembled?