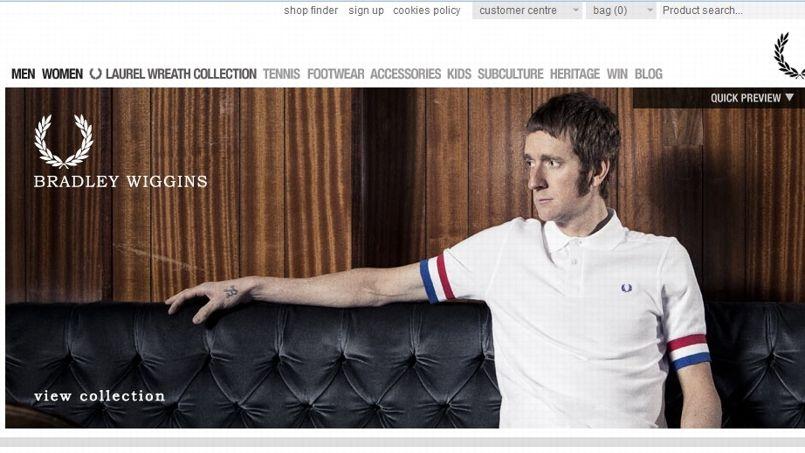 Wednesday evening, Clément Méric, an 18 -year -old anti -fascist activist, died of the blows of a group of extreme right skinheads.The student came out of a private clothing sale, notably scratched Fred Perry and Ben Sherman (but also Ipanema, American Vintage, Jago or Barbour).The mention of the two British brands is not neutral: it explains the meeting between two universes that everything seems to oppose, with the exception of their dress codes.The Fred Perry polo shirts are indeed prized both by anti -fascist activists and by those of the far right.

However, nothing predestined the mark represented by a crown of laurels to become the symbol of a political thought.After three victories at the US Open and Wimbledon, tennis player Fred Perry joined in 1940 with Tibby Wegner, an Austrian football player, to launch a clothing brand dedicated to tennis players.The invention of the sponge wrist makes a tobacco and launches the success of the brand which will dress the vast majority of tennis players in the years 1950-1960.Celebrities of the time, including John Fitzgerald Kennedy, are also displayed with the famous polo shot engraved with a laurel wreath, symbol of ancient victory and reference to the past of champion of the brand's creator.

But, very quickly, the brand becomes an identity symbol.The movement of "modernists" or "mods" in England adopts the polo shirts at the laurel wreath.With this innovative dress style in the 1960s, these young urban workers wish to distinguish themselves from the ruling and workers' classes.They also listen to another music than their elders, from Modern Jazz (where their names come from), from soul ... Conflicts with their enemies, often rockers, are generally settled on the dance floor with great reinforcements of styles of clothingchoose.The "mods" haircut evolves and becomes more and more short to finish almost shaved.

The Fred Perry brand then became the prerogative of skinheads in the 1970s. A movement which, originally, is related to "mods" and designates young British proletarians with shaved hair or not.Then this apolitical movement evolves.It split into groups of far left and extreme right, but the different movements keep the same dress style.The Skinhead look is a mixture of Mod and Jamaican heritage to which are added work and sportswear clothes like Fred Perry.Football supporters, especially hooligans, also appropriate the brand.These new followers were won over by the launch of color polo shirts in the 1970s and the possibility of wearing their favorite clothing in the colors of their football team.

Skinheads and/or hooligans are radicalized but continue to wear Fred Perry clothes.Skinheads movement close to far -right circles appreciate in particular the logo, which echoes their symbolism.The brand is mobilizing to try to distance itself from these ultra-violent but without success until the mid-1990s

At that time, the shops that distributed this brand (there are two today in Paris) were the scene of violence.In fact, members of ideologically opposite movement but which adopt the same clothing codes are provided in the same places.Thus, the existence of these places of tensions between extreme right and anti-fascist groups make Marc-Aurèle Vecchione, director of the anti-fiu, Skins hunters (2008), in the Liberation columns than a “drama was almost almost almost almost almost almost.inevitable".

The brand tried to stand out from this image by launching fluorescent and very colorful polo shirts.It is then the gay community's turn to seize these dress codes and display a Skinhead look, without political conviction.Like Lacoste, who wanted to distance himself from the rappers of the cities, Fred Perry accompanied this opening movement of the brand.But the tragic death of Clément Méric recalls that the brand remains popular with the extreme right and far left skinheads.